Washington (AFP) — The violent assault on the US Capitol by supporters of President Donald Trump underscored how unready the United States is to confront its growing right-wing extremist threat, despite years of warnings. The FBI only acknowledged three years ago, after several mass shootings, that the far right poses a significantly greater terror danger than Islamic jihadists. Yet law enforcement was unprepared when an array of groups of die-hard Trump supporters, QAnon conspiracists and white supremacists stormed the seat of Congress on January 6, egged on by the president and his political… 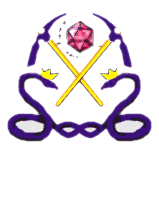